One day I decided to cook eggs in sweet peppers with a bit of cheese and cilantro. It made a great lunch dish. I used the long, pale green peppers sometimes called banana peppers. Poblano and cubanelle peppers also work, especially if you want to add a little heat.

Recipe from Jacques Pepin’s Heart & Soul in the Kitchen. 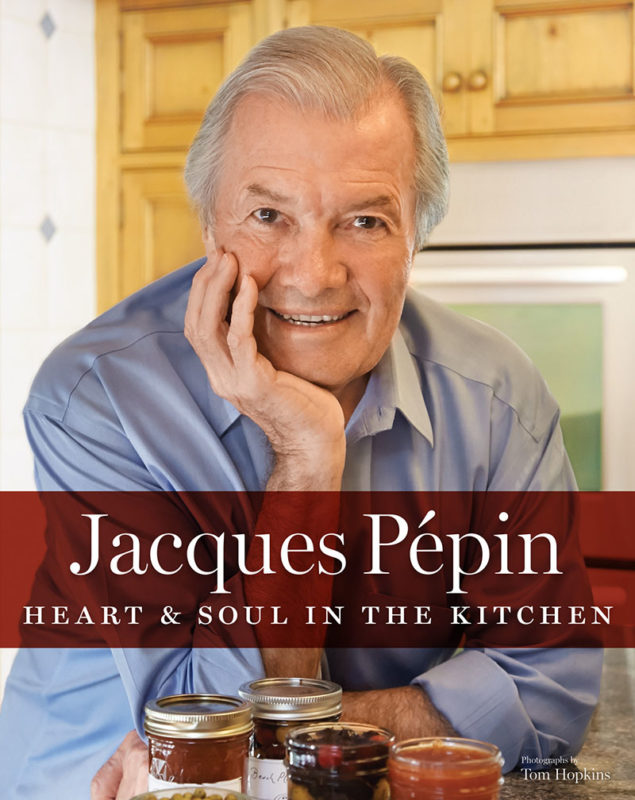 Split the peppers lengthwise in half and remove the seeds and the stems if you want. Arrange them cut side down in a large skillet and add the oil, water, and 1/4 teaspoon of the salt and cook, covered, over medium heat, turning occasionally, for about 4 minutes, or until the peppers are softened somewhat but still firm.

Remove the skillet from the heat and, if necessary, turn the peppers over so they are hollow side up. Place the cheese in the peppers. Break an egg into each one and sprinkle the eggs with the remaining 1/4 teaspoon salt and the pepper.

Return the skillet to the stove, cover, and cook over medium heat for 3 to 4 minutes, until the egg whites are set but the yolks are still runny. Transfer to plates, sprinkle with the cilantro, and serve immediately.

Excerpted from Jacques Pepin Heart & Soul in the Kitchen. Photographs by Tom Hopkins.