You can watch my video for how to humanely kill a lobster here.

Tips for Shelling a Lobster:

First of all, work on a towel so you keep the lobster from moving around.

Take the point of a sharp knife, plunge it into the sternum (between where the claws meet) and cut the lobster down the middle. Do it with conviction!

Want to remove the tail and claws? Simply twist them off. Wiggle the small part of the claw free (and grab the bit of meat there). Then use the back of your knife to bust open the larger part of the claw.

My favorite part of the lobster is the knuckle meat– it’s sweet and easy to extract with a fork. Keep in mind al the joints of the lobster can be bent backward to release the meat.

I love using a kitchen shears to breakdown the lobster. Here’s the pair I have.

For the tail, I just bend it backwards to remove the fan. If you’re chopping for lobster salad, you can simply squeeze the tail to crack and remove the meat.

There’s a surprising amount of meat in the head. Be sure to remove the lungs though– they’re not good eating.

The roe and tamale (or the mustard) is my favorite part of the lobster. I like to keep bits of it on the tail. I typically slice that in half and remove the vein (just like in shrimp). 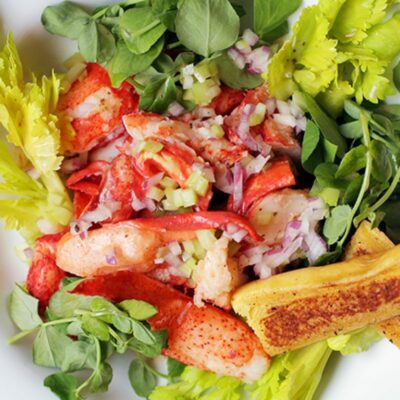 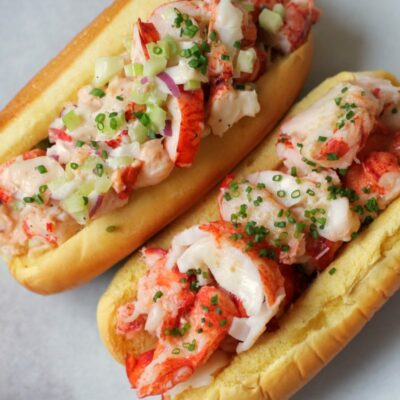