This recipe is beautiful in its simplicity.

Lobster, meet mayo. Who could have predicted that this personal introduction that I made years ago would have evolved into such an amazing marriage of flavor? I’m such a mensch . . . and a liar, obviously! This outstanding combo goes way, way back, before my time. The beauty—and success—of the dish is that it doesn’t require too many ingredients. You want the tang of the pickled celery (celery is an excellent ingredient for quick pickling because it already has a nice natural salinity) and a good slather of mayo (primarily because everything is better with a good slather of mayo) and lots of dill.

A bit of fresh tarragon and dill, and a drizzle of good mustard oil—the kind that happily burns into your nasal passages—make great finishes, but in the end this recipe is beautiful in its simplicity: the jeans and T-shirt of food.

Recipe from So Good  by Richard Blais. Get your copy here. 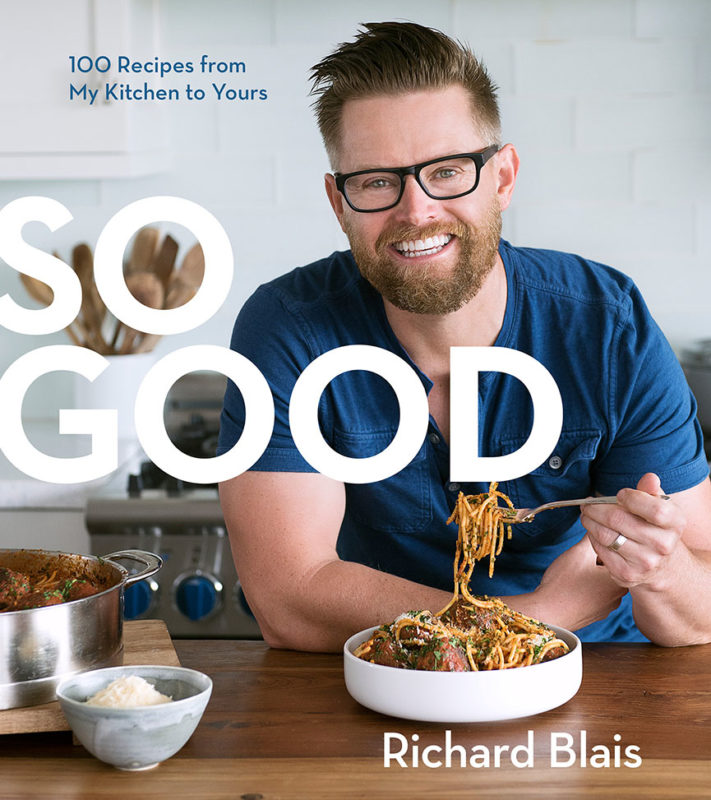 In a large saucepan, place the celery root and enough cold water to cover by 2 to 3 inches. Add 1 tablespoon salt and bring to a boil over medium-high heat. Cook the celery root until fork-tender, about 25 minutes. Drain and then coarsely cut the celery root into several pieces. Transfer the pieces to the bowl of a food processor fitted with the metal blade. Pulse several times or until the celery root is smooth. Set aside.

Put the celery stalks in a large bowl and sprinkle with 1 tablespoon salt. Let sit for 5 minutes, and then rinse the celery under running water.

In a large saucepan, combine the sugar and vinegar with 1 cup water. Bring to a simmer over medium heat and cook, stirring occasionally, until the sugar dissolves and the mixture boils. Pour the hot liquid over the celery stalks and set aside. (You can buy Andy Ricker’s Pok Pok Som Chinese celery vinegar instead and splash it over the raw celery and forget all this boiling and stirring and mixing: a major shortcut that intensifies the flavor quickly.)

Heat a large sauté pan over medium-high heat. Add the buns cut side down and toast until golden. Liberally butter the toasted sides of the buns and return them to the pan, buttered sides up, to toast the outsides for just a minute or so, until golden brown and the butter melts.

Put the lobster in a mixing bowl. Add the mayonnaise and lemon juice and mix gently with a wooden spoon. Stir in the pureed celery root, taking care not to break up the lobster meat more than can be helped. Toss in the celery leaves and tarragon. Season with salt and pepper to taste.

Divide the lobster salad among the buns and garnish with the dill fronds and a drizzle of mustard oil or mustard caviar. Serve immediately, with the pickled celery on the side.